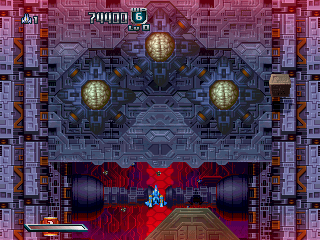 The core of the System is comprised of three giant pulsating brains protected by three Ground Bases. Once the three Bases are destroyed the brains will be revealed and start attacking, shooting a barrage of pink projectiles which move erratically around the screen but can be destroyed. As each brain takes damage it starts shrinking until it is destroyed, regenerating if you stop shooting at it.

In Zanac Neo you face the three brains directly without having to destroy Ground Bases. They act in much the same way as before, though they're much easier. Besides the destructible pink projectiles they'll also shoot a swarm of bullets which stand in place before going after the player, though these are easily avoided. 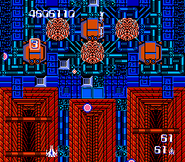 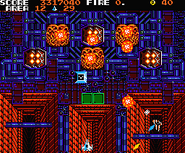 Add a photo to this gallery
Retrieved from "https://aleste.fandom.com/wiki/System_Core?oldid=1072"
Community content is available under CC-BY-SA unless otherwise noted.